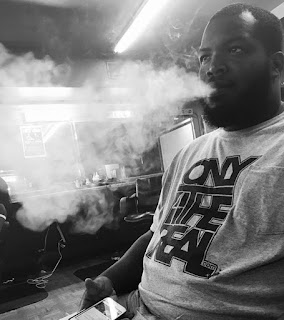 SnapChat thought it was cool to roll out an add campaign in which it asked users to vote "Slap Rihanna" or "Punch Chris Brown" and failed miserably. Not only did 0% of the population find the silly shit funny or even creative and RIRI didn't let them play with her name like that.  But instead of a defamation suit or something along those lines, she took to Instagram and encouraged her 60 Million fans to delete their Snapchat's in a uprising not seen since LA had enough of the bullshit in the early 90's. By Monday morning reports were in estimating that Snap had lost 800 Million since Ri sent the word! Thats power. Hopefully she can influence more people to vote or something more impactful. Still and still She got the last laugh on the Opps.

Dave Raps jumped on this Kehlani shit a while back and it just went unnoticed. No matter how old it is, this shit needs to be heard. Kehlani did her thang!

Assaulting the fuck out ya self! But not a lie was told.

When your up to your ass in alligators, it may be hard to remember the objective was to drain the swamp.