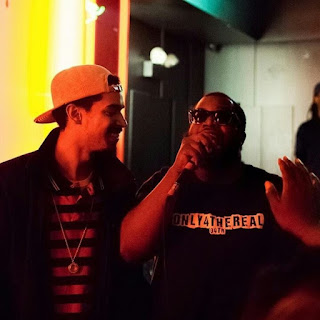 Bundo remembers Rickey Williams was the man. Before I was a big fan of the NFL I was the biggest fan of Rickey Williams. When he was with the Saints with the visor then in Miami murdering people really all the way back to Texas where he was the College Football story of the week every week. But what made Rickey the coolest is when he said fuck it all I'ma blow my weed! Fuck the NFL, fuck drug policies, really fuck whatever ain't on the same page. Sure he came back & played by the rules, but he was one of the top 3 running backs in the game when he walked away (not to mention the cash he left). Rickey earned my admiration as a teen for saying fuck living how everybody else wants you to, I'ma do my thing and let nothing and nobody stop me. Many moons later in a climate that is open to marijuana lovers around the country, Rickey got his own smokes. He should've been the first nigga with it honestly all he sacrificed for the love of rolling up. Bundo declares him Weed's MLK we free at last Rickey (not quite but damn near).


Avenue Elz is back to muhfuggin business with his latest joint "Round Here" an Only4TheReal.com exclusive! Tomorrow 3/23/18 he will be releasing "Balling in the Trenches" hosted by DJ Mars Kiss and you won't have to look no further, you already know we will have it here for you!


12 bogus as hell for playing with them boyz like that. All in all, still the funniest shit today!