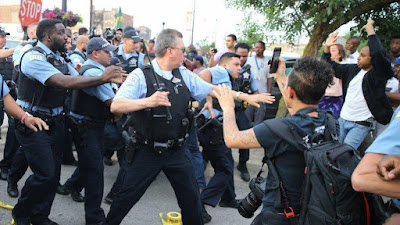 Fuck the police. Fuck 12. Fuck all law enforcement. Special fuck you to the Chicago Police Department. Saturday evening at 5:30pm the Chicago Police shot an armed black man on 71st and Clyde. Harith Augustus was a resident of South Shore, who worked as a barber less than two blocks where he was gunned down. Body cam footage shows Mr. Augustus running away from officers after they tried to detain him and grabbing at his waistband but not brandishing a firearm. After the shooting the community started an uprising protesting the police and their actions towards black Men. But South Shore and other impoverished communities all across this city black people have been treated as if we are human target practicing objects. The actions of the Police Saturday were enough to make me say I've had enough. Mr. Augustus had a firearm, that does not give the police the right to kill him. He was a registered firearm owner, but that is a fact nobody puts in the news. He was trying to show his FOID card before the whole situation occurred. Now can a man who owns his firearm walk around his community with it concealed and not have to reveal all the elements that allow him to bear arms? Reports have been circulated that Mr. Augustus didn't have a conceal and carry permit, still don't see how that is grounds to kill a man. In our communities our only real interactions with Police come from being accosted or arrested. Everything else in between it seems is left for the community to police itself. Mr. Augustus was carrying a gun to protect himself from the environment he lived and worked in. One where the Police don't serve and protect, they harass and dish out justice with or without the courtroom. Mr Augustus was one of many people who are shot down by Police in South Shore. Last Summer on 74 and Paxton the police killed an unarmed suspected car thief after he got out and ran during a traffic stop. Last week on 79th and Yates a man was shot by police after they said he brandished his firearm. In this city alone there are countless examples of the Police using the gun as the problem solver. Not only do they continue to injure and kill us but they act as if we are wrong for not accepting the treatment. After they shoot someone they ramp up and intensify searches and stops in the black community. When they shot Mr. Augustus instead of responding like the college educated professionals they are supposed to be, they reacted like gang members ready to attack the opposition, The footage I saw on Facebook Live inspired me to get up and walk to 71st to stand in solidarity with my people. We all see what is going on and we have to take action to stop allowing these acts from happening.

Kobe JXrdan is an example of your algorithm doing its fucking job! Soundcloud knew Bundo would feel it and now he is sharing this decent find. 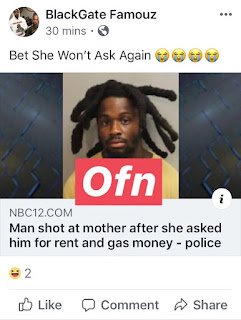 Nobody should harm their Mother. This Knee-Grow was not for a crumb of the bullshit. OG stop asking that man about the rent, issa whole bug. But its the funniest shit today! 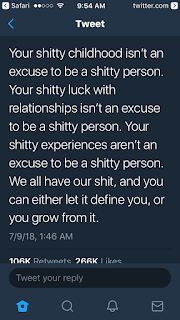 Love ah nigga while he living!

Until we link again tomorrow, listen to Only4TheReal Radio and stay safe