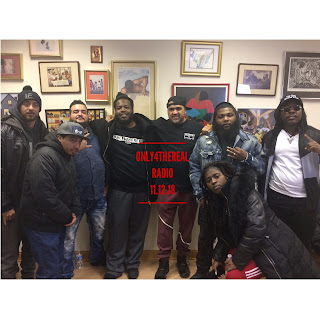 Chris Gotti co-founder and owner of the infamous Murder Inc. label stopped through and dropped unlimited wisdom on this special edition of the Supreme Show. He spoke on his latest venture Add-Venture's music and went in-depth into what his format does for artist that others don't. He spoke on the taking L's and winning and what keeps him coming back for more. We were also joined by Add-Venture artist Rio Dinero, Mani The Mogul and Dolo The Artist. We played a few joints off their upcoming Christmas album along with 4 Useless Facts, an appearance by former Mayoral candidate DNash and so much more. Salute to Rex from StreetCertified.com for co-piloting the flight.