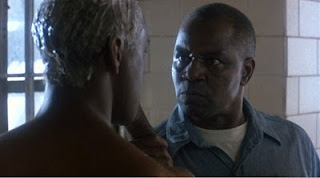 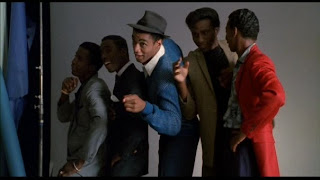 Terrence "Dresser" Williams was a fictional character in the movie "5 Heartbeats". While not a main character in the movie, he did have one of the most memorable "Fuck-Nigga" moments in the film. Dresser found out he had impregnated a woman right before  the group blasts off in to stardom. Meaning he would have to leave to get a job to make enough money to support his family. Eddie King Jr and Duck Matthews reached into their pockets and gave "Dresser" all the proceeds they had made from their smalltime tour. Now, Fast-Forward years later Eddie Kane appears "Strung out" and in need of help when he shows up after a show. He is greeted by the enitre band and "dresser" proceeds to turn his back on Eddie and return to the car. In my opinion a nigga looks out for you as Eddie did, you never turn your back. You are indebted to him for life!
Verdict: Terrence "Dresser" William = #FuckNigga
(FuckNigga weekly is exclusively found here @ Only4TheReal.com, if you would like to submit someone for FuckNigga Weekly submit Photo & story to FakeNeedNotApply@Only4TheReal.com. The FuckNigga does not have to be male or fictional please be sure to spread the word!)