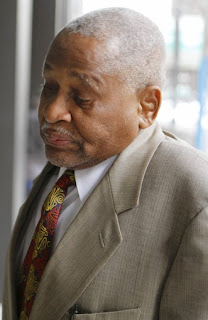 Oscar Walden Jr. is 79 year old who is still seeking justice for being wrongfully convicted of Rape in 1951. The man served 14 years for a crime he didn't commit. And although he was pardoned by former Illinois Governor George Ryan, Walden still seeks the vindication that has eluded him for almost 60 years. Only 20 at the time of the crime, Walden had no previous convictions before his arrest, had a job and was married, None of those facts mattered to Chicago Police, who forced a confession through torture and forced Walden to to apologize to his alleged victim. Everybody who had something to do with his arrest is long dead now, and Walden is continuing his fight to clear his name. Justice has no EXPIRATION date. I hope Mr. Walden achieves his goal. Because OLD HEAD NEED HIS JUSTICE!