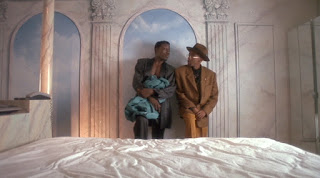 This edition of Fuck Nigga weekly takes aim at Shadow, a fictional character in Spike Lee's 1990 classic "Mo Better Blues". Shadow was 2nd in command behind "Bleek" played by Denzel Washington.. They both had different visions on just about EVERYTHING. But the actions that led Shadow into Fuck-Niggadom had nothing to do with the band. Bleek had a 2 girls (Clarke & Indigo) who he swapped out, but eventually hit a rough patch with both. During this time, Shadow used what Bleek was doing wrong to further his personal agenda with Clarke. Now, a bonafied official Real Nigga, would never betray his friends. (That includes snitching, Fucking a Nigga wife {Ya mans}, Shorting a nigga etc.) - Dame Dash.
Shadow was more than foul, he is a fuck-nigga. He through dirt on Bleek to get the ass from Clarke, had he nailed own his own accolades, we might not be here today. But we are. Shadow (Wesley Snipes)  you are officially a Fuck-Nigga for showing Fake love to your niggaz!
Dedicating Tony Yayo's classic "Fake Love" to Shadow
Fake Love is when your friend fuck your bitch, don't think with his head only think with his dick! Fake Love!
-Tony Yayo 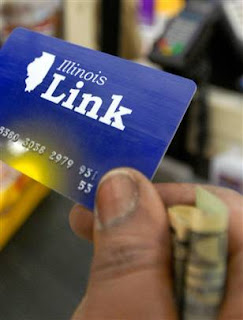 The next induction into Fuck-Nigga weekly history is the Illinois House. Yesterday they voted to continue to research if ID's on Link Cards is a good and cost effective idea. All this means is eventually we will have ID's on the Link card. Why though? Stop fraud? (Never going to happen). Card protection (Fuck outta here), so why? Whatever the reason is, they better think steps ahead when they do the ID shit. There is no way all the people that profit off food stamps bidness won't/can't conform! Shame on Illinois for trying to make it harder on people who already got it the hardest. One thing we can't forget, it is all supposed to help the kids!
Illinois House joins Illinois ass hole Governor Quinn in the Hall of Fuck-Niggaz