The Tale of Two Smiths by @WeekendGabe 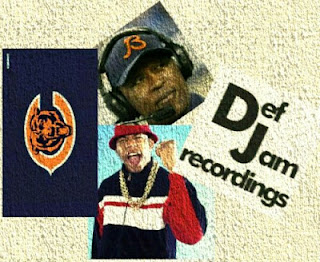 The Tale of Two Smiths

A new year brings new change and as the latest NFL Black Monday came and went, a total of 12 Coaches and General Managers found themselves standing when the music stopped. Necessary change, some might say, as all the teams including my Chicago Bears underachieved and failed to live up to lofty sized expectations.  Something had to give.
Lovie Lee Smith spent 9 years as the Chicago Bears head coach before being dismissed on Black Monday, and had some huge successes and memorable let downs. When analyzing Lovie’s coaching career here in Chicago, I couldn’t help but think of LL Cool J, James Todd Smith, who is as synonymous with the Def Jam logo as, Rick and Russell. No other coach since Mike Ditka was as likeable and respected than Lovie, and no artist on the Def Jam roster has really developed the Grammy hosting iconic status as LL has.
Both sports and the record business operate on the same wavelength: it’s not what you did for me in the past, it’s what are you doing now? Both are results driven businesses that feed off results, regardless of your stature or popularity. If you’re not winning or selling, your time may be up.
LL burst out the gates with huge records, while Lovie in his second year as Coach went  11 -5, and took the Bears to their first Super Bowl in 21 years.  These types of accomplishments warrant everlasting loyalty, or so you would think. LL remained strong, piling up platinum albums, ending his pristine run with 1995′s Mr. Smith. Lovie on the other hand basked in the Super Bowl afterglow, despite losinng to the Indianapolis Colts and missing the playoffs the following 3 seasons. Unfortunely when you hit your peak, there’s only one way to go. Down.
Mr. Smith was quite possibly the last great album from the self-proclaimed G.O.A.T. Several lackluster albums followed that never quite equaled that album’s success. Lovie Smith never would bounce back from the loss to the Green Bay Packers that left the Bears one game short of their 2nd Super Bowl appearance in 4 years.
For both men, something had to give. Def Jam had to decide to reup for more years and albums with LL, and the Bears would need to find the heart and solace to keep Lovie around for one more year. LL is still good for the occasional hit, and Lovie Smith still produced top tier defenses in Chicago, but at this stage of theri prospective careers, it’s just not enough. Without a title, or consistent susccess Lovie had to move on, and so the Bears pulled the trigger on the team’s first Black head coach in its storied history. Will Lovie end up with another job? I, like many others, hope so. He did well, but this is Chicago, and doing well sometimes just isn’t enough.
LL also ran his course with Def Jam several years back after his last obligatory album, Exit 13 bricked harder than a Dwight Howard free throw. LL is said to be releasing a new album this year, Authentic Hip-Hop, but there’s no word on whether Def Jam will be backing the project from the 44 year old rapper.  After a stellar year of releases including Nas, Rick Ross and Frank Ocean, and as unfair as it might be to say, LL doesn’t fit in to the scope of where the label is heading towards.
Gone are the pioneers that started Def Jam, and it may be time for LL to push on and go independent. His music is still wanted, but whether it’s on a minor or major league scale, well only Hot 97 can really tell you that. I hope Lovie and LL both end up in better positions, but in the grand scheme of things, it’s always better to have had a nice run and be unceremoniously dumped than to hold on in one place for way too long. Ask Andy Reid.