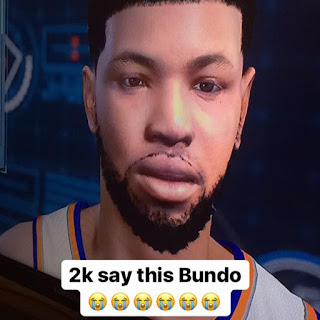 
For those who don't know (or care) the man you see above is former Diplomat Rapper Hell Rell. Hell Rell became a legend in my eyes with his freestyles on "Diplomatic Immunity" over the phone from jail.


Now in 2018 this does not seem so amazing, but back in 2003 this was epic. He was instantly an OG. He came home and continued to grind and like all good things, his time as a factor in the rap game came to an end. He was supposed to fade away gracefully with his status as one of the hardest rappers ever (in my opinion) cemented. Granted we all have gotten that ass beat before and buddy nem pulled up during family dinner and rolled him. But old head left the family and took flight from the rest of the fisticuffs.

Then old head get on social media and start all the capping like its all good. Now Bundo does his fair share of social media cappin, but damn big homey. Pipe down for a second! They just rolled you. His legacy will be cemented for the events mentioned previously in the rap game, but he added a little tarnish with this fuckery.


One of my favorite songs ever. Dave Raps showed out and lately his thoughts on this joint have been right in line with my way of thinking. 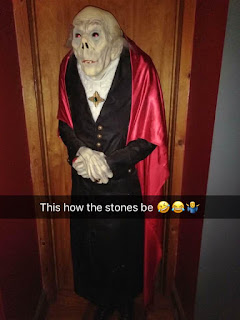 On my father who art in heaven Moe nem instantly hit this stance for the photos and when trying to emphasize all seriousness! Easily funniest shit all Black History Month!

I'm here, but I fear I'll lose what's driving me. That day I'll probably die cause that the only thing alive in me.
-Dave Raps

Until we link again tomorrow, keep dem tacos ducked and show love and most importantly
#DontSleep