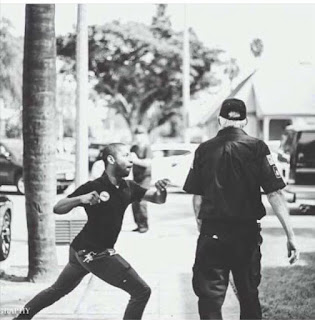 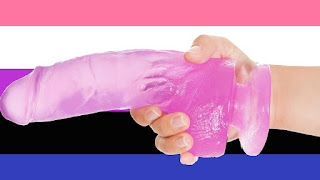 Read this on Vice.com and the story is beyond fucking wild! Gayle Newman is a woman, she poses as a pretty famous dude on the internet though. She is enamored with a woman, who isn't into other woman, so she uses her online profile to get closer. She befriends the woman in real life and consoles her when the online persona sends her off and hurts her. One day she links with the mysterious man from the internet and like Ja Rule and Ashanti used to say "Put it on her" (with the strap of course). She continued to have sex numerous times with the woman and the woman becoming none the wiser that Newman was a woman. One day the woman was tired of being blindfolded and removed the blindfold only to find it was Ms. Newman pounding her out all this time. She subsequently called the police and Ms. Newman was arrested, convicted and incarcerated as a sex offender. While parts of this story Bundo found humorous this shit is crazy! Can't see how she committed a sex crime she just finessed into some pussy. Lady or male it's not rape. Read and come with your opinion

Durk been going so fucking crazy every drop its only right I share his latest "Crossroads". Bundo been bumping this non stop lately, maybe it speaks to you the same way. 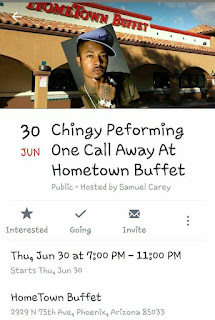 My bro Jesse over at MidwestMixtaes.com has a real disdain for Chingy and this morning he came with a classic Meme. lowkey fuck Chingy whats to the buffet nbs.

Part Deux on the funny

Shoutout my nugga Rex over at StreetCertified.com for the footage, Tonights the night I was talking about too, 9:13pm right here on Only4TheReal.com

Until we link again tomorrow, tune in tonight (:13pm for O4TRRadio the #SupremeShow and keep those tacos ducked.