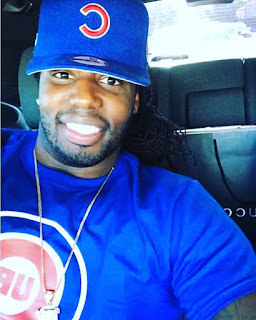 I will first and foremost like to send condolences out to Zach Stoner's entire family and his friends this was huge loss in his community. Bundoza will not start this According to lying about ZackTv. I respect everything he did even if I didn't agree with his rhetoric. He gave many who otherwise wouldn't have ever been showcased a platform to be seen. Zack wanted to be the first to tell the story, he even approached me numerous times about an interview in which I respectfully declined. I interviewed Zack and Rome about 5 years ago, on the original #Only4TheRealRadio on Slam Internet Radio and he was cool and fun loving guy. Everybody had an opinion on how he did his thing, but that's exactly what it was, his thing. A ZackTV interview was bound to get the murder rate rising but was that really his fault? He knew what people wanted to see and he sought the most interesting and bizarre interviews. He supplied what the masses looked for and once things got hectic niggaz looked for somebody to blame time and time again. He helped way more than he hurt and hopefully his legacy will spawn hundreds and thousands of more young blacks to get involved in media. Zack wasn't a vlogger, Youtube personality or hood commentator. The man was a journalist and the stories he helped to tell along with his own will live forever.

Literally ripped this last night to play on the show this week before I knew anything. Life. Free Rome, RIP Zack

Shorty a hood legend for the super kick off the vehicle and that also makes this the funniest shit today!

Don't be so happy to be at the table you forget your plate.

Until we link again tomorrow, Keep that taco ducked
And listen to Only4TheReal Radio on #Spreaker
also in Podcast on your apple device just search Only4TheReal and your down