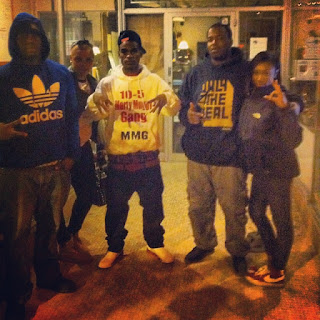 Rest in Peace Zach Stoner aka ZackTv1 a true legend from Roseland, but much bigger than the neighborhood he'd come from. I followed ZackTv early, back when he was in Wisconsin recording any and everything. Our mutual connection to then Shorty Rome and both our aspirations on Youtube created a mutual respect and online connection long before we'd ever meet. I only knew who he was after asking Rome who he was because he was strong supporter after we uploaded our first video of Rome freestyling. 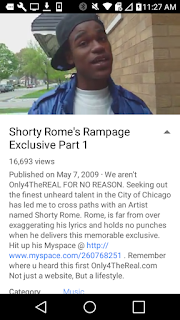 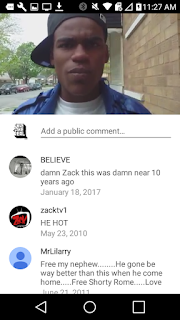 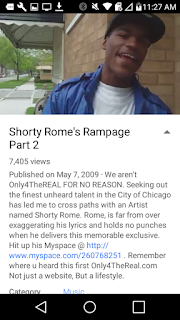 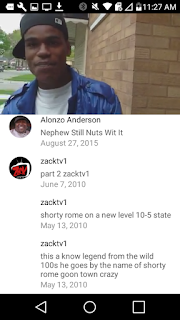 Supporter in the beginning ZackTV1 soon returned to Chicago and stepped into the world of interviews. Instantly he went from a supporter to competition and in all honesty he won. It doesn't matter that I started first or that most of the Only4TheReal interviews dropped before Zack interviewed the person he was the best at it. The numbers don't lie, while we focus on music and information, Zack injected personality and generally got to the reason why most people would tune in. No matter how wild or dangerous Zack asked the questions. I personally didn't agree with Zack's form of journalism I always respected what he did. He told the stories of so many and while people might disagree with how and what he'd broadcast the facts remain it was needed. Zack is a legend in his neighborhood regardless of the few detractors, his impact went way beyond YouTube. His impact will be missed in the Chicago rap scene and beyond. He helped so many people I know personally and I know Rome is more than hurt by the loss of his true friend. The story of Zachary Stoner shouldn't end 5.30.18, he wanted so much for all of us. Even though in recent years I had all but stopped supporting ZackTv and ignoring the vital service and information source he provided I never disrespected his craft. With so many mutual friends between us it was difficult to not always be compared to ZackTv and that I should do more Zack like interviews. I couldn't veer into his lane. He captured that aspect and out of sheer respect I'd never want to copy his success. I'd never in my wildest dreams thought Zack would be a victim of the streets. He was beyond that, love him or hate him he was just reporting facts. His way. I hope his life inspires so many to follow in his footsteps and tell the stories of people who nobody else is. We owe it to ourselves to stop killing each other but that would be too much like right. We should at least preserve the ones who try and document what the fuck is going on out here and attempting to do something about it. Rest easy Big fella, God's got you.