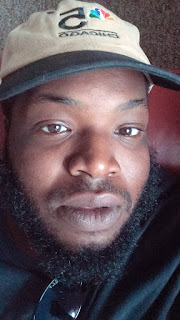 Let us all rejoice in the fact Kanye's home!!!! Ok lets not. Well salute to him returning to his roots... kinda... Naw we can't salute Kanye for trying to pick up the pieces after the years of ignoring us and catering to everybody around the world but us! Sure we've been hearing all the good cheer he's been spreading since his return home, but why now? Better late than never, but never late is better. Kanye is an icon, and sure we shouldn't disown our brother for his choices but we should not so easily forgive. At his peak Kanye had the ability and resources to put Chicago on the scene just like Atlanta and New York rappers do for their kind. Instead he pillaged through talented artist only to act as a culture vulture and ride waves never to build and put on. I hope this version of Kanye can make up for all the mistakes the Old Kanye made

Ended the epic episode of Only4TheReal Radio the Supreme Show with this ode to Jeezy. Bundo don't know about ya'll but he waana be the greatest

Aaron bring that duece back on Pulaski bro, everybody know!

Fuck the hygiene
I want some fly jeans
That's what the bitches like
You like the bitches RIGHT?

Until we link again next week, tune in to all things Only4TheReal and keep your taco ducked