Focus: Jeezy vs Gucci (A Recap) 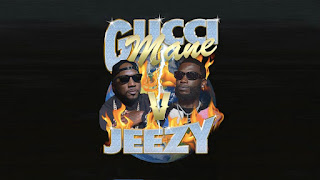 Never would I ever believed that I'd live to see two things, one being the Cubs winning the World Series (2016 WS Champs bitch) and the other was the wild and crazy event we all witnessed last night. A therapy session masked as a Verzuz Battle that featured, highs, lows and mentions of dead locs and so much more. But while it seemed like a battle for a while, Jeezy clearly came out the victor (if we judge strictly on the playlist), the vibe and tone (in my opinion) clearly said something else.

Watching and taking the subsequent trip down memory lane, was both fun and kind of boring in a sense. While their personal issues clearly made the event more fit for Pay Per view (why giveaway what you can sell?) the music with an exception of a few songs just didn't seem timeless. Thug Motivation 101 sure was fucking hittin, but besides that it was kind of disappointing the selection choices of both artist. With a big exception to "Truth" and "1st day out" either time or arrogance just didn't allow either to dig a little deeper.  For most of the contest it just seemed Wop just wanted to disrespect Snow as much and as often as humanly possible . Jeezy seemingly taking the high road, acted his age and executive status by turning the other cheek and in the end a kumbaya of sorts, a performance of the song that introduced me to both of them "So Icy". As a thirty-three year old black man I was happy to see them put the beef to bed and capitalize in the end. But the boy that lives in me and came up believing that rap music was strictly for gangsters, I was blew. These niggaz pulled some shit straight out of WWF and came together in the end. Black excellence and pussy shit all at the same time. The internet response to the situation has been over hilarious and insightful. No matter how you feel, hip-hop won, every fan interested won, and Gucci got closure in a very weird way. With 50 Cent and Game both vying to face each other this may only get better and better.