P1’s 2Cents: Flake Is Only 1 Letter from Fake

By LB/Mr.WorkHarder June 03, 2010
Considering this blog is called only4thereal.com I think it’s only appropriate that I address some of the things that separate “the real” from the Fake.  Fake is defined by Dictionary.com as: anything that is made to appear other than it is.  Fake is also a noun used to describe a person that fakes.  Now, having been in entertainment for sometime, I know firsthand that there are a lot of Fakes in the game.  There are too many to count inside the industry, more concerned with their image than the real, but what some people don’t consider is the outside Fakers. We will call these people the Flakes.  We all have met flaky people in life, hell at some point or another I am sure we can look inside and honestly say that we have been the Flake. (I know I have)
So the Flake, or Flaky person, is that person that always says “yeah ill be there” but then never shows up.  It’s an inevitable reality in my line of work as the smallest things often deter people from coming out. “Oh it was raining,” or “It was too hot” or “I couldn’t find a babysitter,” or any other list of excuses I have heard from people that PROMISED to come to my show/event, but never did. Well rain has been rain since there was water, and hot has been hot since there was sun, but these excuses are satisfactory to the Flake.  It’s ok for them to not show up and apologize at a later date and PROMISE again to make it up to you by showing up the next time.  Inevitably the next time comes and the same thing happens.  Even worse, however, is the flake that tries to blame their Flakiness on you?  “I didn’t know what time, where it was, how to get there,” or any other excuse they can come up with despite you going out of your way to tell them.  SMH.
Now Im sure as I write this there are some people who have had “Flaky tendencies” towards me in the past that may think I am talking to them, or about them.  To those folks I say if the shoe fits…That’s not to say that I don’t support you or fuck with you, its just to say realize what your appearance, or lack thereof says to me about you, or elements of your personality.  I run the risk of alienating some people, but hopefully in the process I can teach.  One of the most surefire ways to seal your reputation and show who you “REAL-ly” are is by showing what your word is worth.  Words may seem disposable in this technological age of tweets, texts, and status updates, but people do still pay attention, hold value, and trust in your word.  Your word is your integrity.  Is your word REAL??

So the next time you give your word and say you will be somewhere, or do something, or make a promise, before you Flake out, remember you are only one letter from Faking out. Being Fake is NOT Real…it only appears to be! So stop flaking and faking and be real.


I hope that you will leave a comment if it is aimed at me personally you can air your frustrations out here with me as well! Let’s converse! 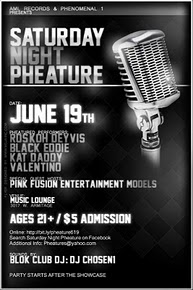