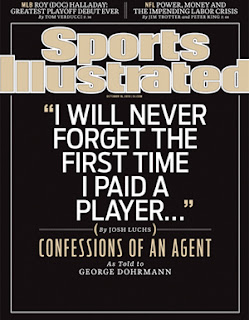 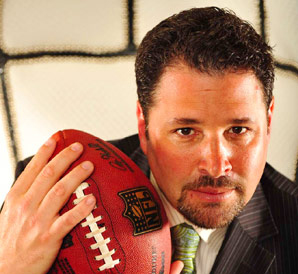 Last night I watched an episode of "Real Sports" with Bryant Gumble and saw a very interesting story. Josh Luchs was a former "Certified" NFL agent, who used to pay players to sign with him. While most of his story was just name dropping and mud slinging, Luchs painted a even clearer picture of the type of man he is, Fuck-Nigga. Since he stopped giving money to players (he said in 1998) Luchs has made it his business to "Out" former players and associates who continue in the field Luch turned his back on.
WHat makes Josh Luchs and people like him "fuck-niggaz" is the same thing your mother always told you when you got into trouble because somebody told on you, "There is no honor amongst thieves". Luchs is on a crusade it seems to let everybody know about the problem in College Football. While other might commend him for his efforts, I say he shouldn't be even acknowledged. The fact that you no longer engage in the action is more than commendable, but you snitching on others only after you yourself was suspended for an action you "Claim" you didn't commit, foul. Everybody has the right to do what they feel/see as right. But dragging people in t he mud with you is a whole other level of fuckniggadom.