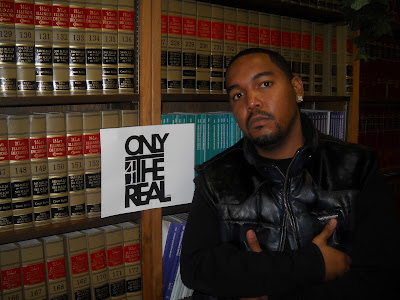 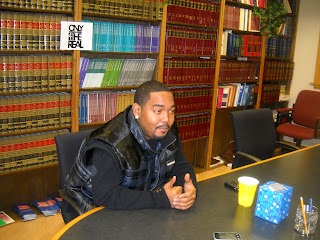 Aspiring artist Chi-n (Shine) dropped by to give a few minutes of his time for the Salute to the Real series & Only4TheReal.com. Chi-N most definitely will speak whats on his mind and let you know the honest to God truth. This man is sure to keep you entertained both musically and during this interview. Be on the lookout for his new material soon!

You've got a couple singles, but no official release. When do you plan on releasing an official album/mixtape?

In a couple weeks im actually dropping my next single, I let the couple songs I already did, leak out, build up enough buzz. So when people see my name or hear who the song is by, they have an urge to hear it, Ready to listen to it instead of standoffish with it. "Just for the Club" will be out in couple of weeks. Its actually like a parody for a song for the club, because everybody who heard my music said "You need a song for the club", so I said "Okay, i'ma make a song just for the club!" and thats what it is. Be on the lookout for that!

A team is a big part of any artist's success explain the importance of your Free Money Entertainment team and the steps you all take towards success?

My Free Money Entertainment family keeps me grounded. They're there for me for way more than this music thing, any life situation. All of us are taking our own steps (me musically), focusing on what we need to get the product out here. Their job, what they been working toward, is linking up with the right people, getting the business side in order, cause thats one of the most important parts to the music game, no matter how hot you are, the business ain't handled, you ain't doing nothing. Just being around some real people, keep me grounded, keep me motivated, Keep me knowing I got people I can't let down, I got people I gotta prove something to within my inner circle because they back me so hard, So that team structure is a great thing, because nobody can win by themselves.

The two singles that you have already released "Wrong way" and "Heat Rocc" can be classified as street themed or club music. Is that the lane you want to put yourself in?

I would say yeah, in a way because the club music is whats really going to pay you. Im'a keep myself in that lane, but also i'm step outside the box. Because i'm real & im'a give you both sides to the game. That something a lot of these rappers ain't giving you. Everything ain't bright lights & glistening ice, It's a lot of other parts they leave out.

Is it important to you that artist can actually validate what they put into their lyrics? 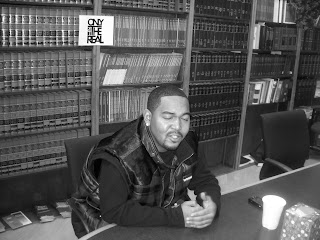 Of course it's important, if you can't validate what you saying, whats the purpose of listening to someone if they don't know what they talking about? I'm the type of person, i'ma give you me. If thats not enough, on to the next person. I can't draw off somebody I know ain't real. I only mess with Only4TheReal.com, Its all about being real out here. No need for watered down versions and substitutes. Thats how I feel.

As an artist with the type of content you have, do you believe it's important to give back to the community once you find success?

Of course, i'm a giving person anyway. Thats just the cloth i'm cut from, thats how I was raised. Whatever I make of myself. I definitely gotta give something back to the community. I want to be a positive influence on the shorty's,  let them know. It's a better way than selling drugs or doing whatever. It's way more you can do out here. Of course when  I get in order financially, fuck Turkeys on holidays, i'm thinking community centers big shit we need.

Commercial Success or Quality Music? Which one are you aiming for?
To me it's more about Quality music. Because I know even from the songs I've released thus far, it not for commercial appeal. but it has super commercial appeal. But every song people make with the commercial appeal wasn't strictly for that, and some people make music just for that. To me its important to make quality music because its important I want to represent myself the best way possible so i'm not just going to make music just to make a song or just to appeal to the people. If it turns out a song I released happens to go that route thats what it was supposed to be.

Success can only only be defined by the person in search of it. How does Chi-N define success?

I define success as the work I do and what I get back from the work. What the people give me back, the comments, the love. I know im doing my job, I know im being successful by touching people who never seen me before, never heard me before. I want to open doors, make a difference within my family, my circle thats around me and for Chicago period. We have so much talent here, a window or door or something needs to be opened to let some of this talent out. I want to be a trailblazer. Thats success to me.

What necessary steps do you think yo need to take to get to the next level in your career? 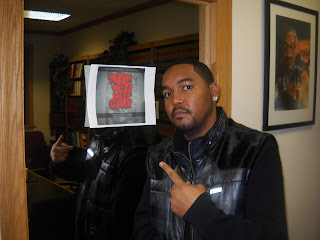 Right now, its all about ground work. I gotta put in enough work. grind and hustle to build a foundation so where its un-shakeable and people know who I am, and what i'm saying is authentic and real. They know what i'm about and what i'ma continue to do. I wanna be able to look-up & these DJ's and people that never heard of me, have them feeling me. I just wanna open up all doors, knock down all barriers and boundaries.

Are you a fan of any Chicago artist?

As a fan I'd say two people. Kanye of course. I'm also a fan of the Big homey Twista. Just to keep it real. I'm actually a fan, I go buy their cd's and bump they music.

So there's no underground/independent artist in Chicago your a fan of?
It's a couple people I listen to. I wouldn't call myself a fan just yet. Those are just the two that instantly popped in my head.
Whats sites do you checkout when you are searching for Chicago Hip-hop? 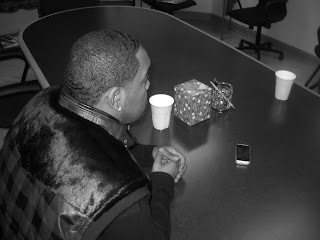 One site I checkout is Fake Shore Drive. Another one I checkout probably the biggest one I checkout is Only4TheReal.com. You can even find me posted  up on there (laughs). Only4TheReal.com ya dig. Ya'll need to check that out.
Do you aspire to work with any Chicago artist/producers?
Couple producers I can name off back I want to work with. Immaculate, Doc Little, those are the two off the top of my head. As far as artist wise, I can see myself working with Sinatris, I gotta song in mind I wanna do with my nigga Pheave. And my baby Chella-H! Shoutout Chella-H. Make sure that's in there.
Rap don't work what is Chi-N doing?
Chi-n gon do whatever he has to do to maintain. I have a mother who depends on me. She has no other children  no other support just me, only child. I got other people out here, I gotta take care of myself. If it ain't music, it's going to be something. I'm never giving up on my goal to reach the top. 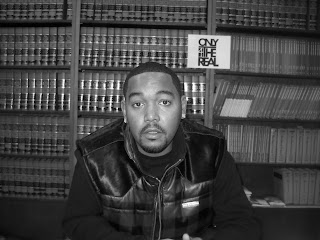 What can we expect from Chi-n in the near future?
In the near future you can expect to hear my name everywhere, see me everywhere. I'm out here. I'm trying to put on for the Chi.
For updates how do people keep in touch with you?
I gotta website dropping soon, Chi_n_.com, follow me on twitter http://twitter.com/Chi_N_ I follow back.

Be on the lookout for more exclusive Chi-n and updates, videos and more at Only4TheReal.com.