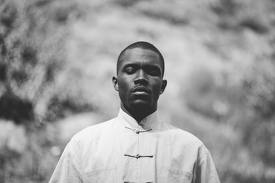 Everybody welcome Frank Ocean as the latest to be tried and convicted of being a "Fuck Nigga". First understand no one is judging Mr. Ocean's choice to love/fuck/emotionally attach himself to a man. But the timing of the announcement is an example of why  Mr. Ocean is more than worthy of the Fuck Nigga MVP award for the month of July. On the heels of his debut album release he reveals his first love was man. No problem with that. But why now? "Novacane" is the biggest of Ocean's songs to date, was about man and woman. He was featured prominently on the Jay-Z and Kanye West collaborative effort "Watch The Throne" and even given writer credits for "Church in the Wild" and "Made in America" while portraying himself as a heterosexual male. After becoming one of the biggest young black stars in America he announces he is Gay (kinda Sorta). My belief Frank Ocean is apart of a much bigger plan to ease the subject and lifestyle of homosexuals and homosexuality on the youth of America. There is no way to deny his musical talents and even after his announcement I'm sure everybody will embrace him the same for fear of being labeled "Homophobic". But honestly we shouldn't applaud his announcement or dignify his admission with our acceptance. There are plenty of artist whose sexuality we question and some choose to avoid the touchy subject of their sexual preference. Consider the timing of his announcement. The hot button issue of Gay marriage in America and Obama's recent admission that he supports it. Ocean digitally released his debut album "Channel Orange" a few days ago and what better way to insure you sale than controversy? Now consider that Ocean is a young black musician who now blurs the line of sexuality for his listeners too young to form their own opinion. Frank Ocean you let us real niggaz down! Not because you may or may not be gay. You played the field like one of the guys now you interested in fucking one of the guys. Smh
You were supposedly a voice for the young generation. But my nigga you are nothing more than a #FuckNigga