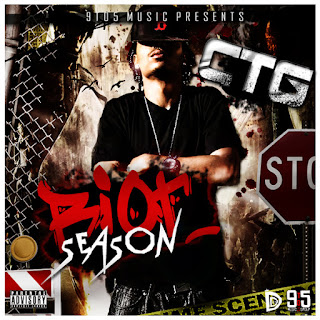 A quick message from CTG

9TO5 MUSIC GROUP PRESENTS Chicago's very own CTG Releases the official Cover art for his up coming release titled "Riot Season." Hosted By Dizzle Da Don. This will be CTG's first tape of the year which features production from such producers as Genius Picaso & RMB Justize. As well as features from his 9TO5MG crew & close affiliates such as Adam Hosey & Gilla Six. Riot Season is slates to be released January 28th so stay tuned as CTG prepare to come in the door shaking things up a bit.
stay tuned into www.ctgthename.com for more music updates & news.