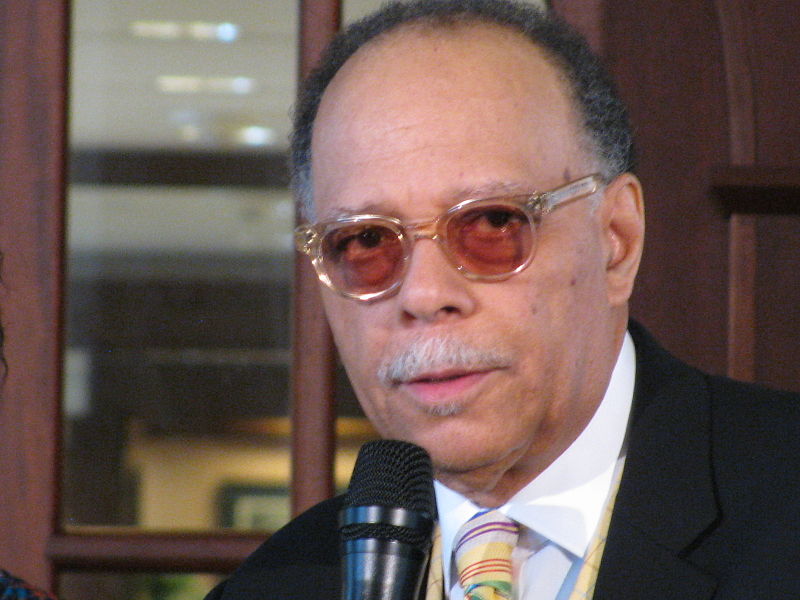 Only4TheReal takes pride in Black History Month and would like to use our month to educate others on important Blacks (Not just Americans) that made an impact. 28 days of history brought to you by some young men trying to make history.

Haki R. Madhubuti (born Don Luther Lee on February 23, 1942 in Little Rock, Arkansas, United States) is an African-American author, educator, and poet.
Madhubuti is a much sought-after poet and lecturer, and has convened workshops and served as guest/keynote speaker at thousands of colleges, universities, libraries and community centers in the U.S. and abroad.
The name Haki means "just" or "justice," and Madhubuti means "precise, accurate and dependable," both names deriving from the Swahili language. He changed his name in 1974.
He received a Master of Fine Arts degree from the Iowa Writers' Workshop at the University of Iowa, and served in the U.S. Armyfrom 1960 to 1963.[2]
Madhubuti is a major contributor to the Black literary tradition, in particular through his early association with the Black Arts Movement beginning in the mid-60s, and which has had a lasting and major influence, even today. [3] A proponent of independent Black institutions, Madhubuti is the founder, publisher, and chairman of the board of Third World Press (established in 1967), which today is the largest independent black-owned press in the United States.[4]
Over the years, he has published 28 books[5] (some under his former name, "Don L. Lee") and is one of the world's best-selling authors of poetry and non-fiction, with books in print in excess of 3 million. His Black Men: Obsolete, Single, Dangerous?: The African American Family in Transition (1990) has sold over 1,000,000 copies. His latest books are Claiming Earth: Race, Rage, Rape, Redemption (1994), GroundWork: New and Selected Poems 1966-1996 (1996), and HeartLove: Wedding and Love Poems (1998).
Madhubuti has also co-edited two volumes of literary works from "Gallery 37", releasing The Spirit (1998), and Describe the Moment (2000). His poetry and essays were published in over 30 anthologies from 1997 to 2001. He also wrote Tough Notes: A Healing Call For Creating Exceptional Black Men (2002).
Besides co-founding a publishing company, Madhubuti is the co-founder of the Institute of Positive Education/New Concept Development Center (established in 1969), and co-founder of "Betty Shabazz International Charter School" (established 1998) in Chicago, Illinois. He is also a founder and board member of the National Association of Black Book Publishers, a founder and chairman of the board of The International Literary Hall of Fame for Writers of African Descent, and founder and director of the National Black Writers Retreat. Prior to stepping down from his position, Madhubuti held the position of Distinguished University Professor, co-founder and director emeritus of the Gwendolyn Brooks Center for Black Literature and Creative Writing and director of the Master of Fine Arts in Creative Writing program at Chicago State University. [6]
Madhubuti's latest book, Yellow Black, is an autobiographical novel detailing the first 21 years of his life.
In December 1967, Haki R. Madhubuti met with Carolyn Rodgers and Johari Amini in the basement of a South Side apartment to found Third World Press, an outlet for African-American literature. [1] By 2007, the company continued, 40 years later, to thrive in a multi-million dollar facility. Over the years, this press would publish works for Pulitzer Prize winning author Gwendolyn Brooks, as well as Sonia Sanchez, Sterling Plumpp and Pearl Cleage.[7]